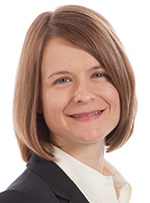 Clare Jagenow, a landscape architect at SmithGroupJJR in Ann Arbor, has been elected 2016 president of the Michigan Chapter of the American Society of Landscape Architects.

An active member of the organization for more than 10 years, Jagenow served six years concurrently as the editor of SITES and as a member of the executive committee. As president, Jagenow will be involved in several state-wide awareness campaigns about the valuable role landscape architects play in society’s health, safety, and welfare, as well as a large push to advocate for state licensure protection.

Jagenow, of Trenton, earned her bachelor of landscape architecture from Michigan State University.