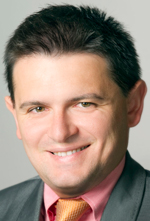 WEST BLOOMFIELD — PRIME29 Steakhouse has named Stoli Liti of the highly respected and legendary Bacco Ristorante as a managing partner. Stoli had been a member of the Bacco management team since 2003.

During his tenure at Bacco, the restaurant earned numerous national awards for food and wine, as well as, dining excellence. Stoli has entertained world known celebrities such as Mark Wahlberg, Hugh Jackman, and Aretha Franklin. He even had the pleasure of deboning a fish for Mick Jagger on one of Jagger’s visits to Detroit.

“It is my goal to assist PRIME29 Steakhouse in becoming the world class restaurant it deserves to be. We have the expectations to have both our food  and our wine list held in the highest esteem.” Liti said.

Stoli is a graduate of Wayne State University, where he earned a bachelor’s degree in finance.