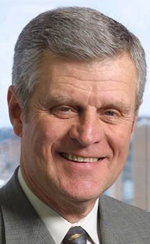 With all negative news Detroit has received — really, since 1967 — it is a wonder how any of us could have built a career or a business. But we did.

Detroit has been a victim of the “kick a guy (in Detroit’s case, a city) when he’s down” syndrome. If something bad happens, it must happen all the time.

But bad things have happened to many cities and to many persons, places, and things. And they survived, as did Detroit.

I began my working career around the time of the Detroit riot in 1967. Based on all the bad news we received then and continue to receive — to be a success, I should have moved to another city.

But I didn’t. I stayed. I built a career in public relations that led to establishing my own company in 1996. And that company was also a success, thanks to a good plan, a lot of hard work by me, and many fine men and women. We did it here. And now that I am retired from my business and public relations, I am still here and enjoying my new life. And my former associates continue to build their careers here and many will far exceed me in their careers, and all here, in Detroit, Michigan, U.S.A.

There was a headline in a recent national publication that said something like: “Why Did Detroit Fail?” Other coverage delivered similar messages. But the problem is not only in one community, it is a national problem. Older cities are changing, times are changing, and the country must change to keep up.

I believe, as Detroit Mayor Dave Bing has said, Detroit is setting the example for the rest of the country and maybe the world. We are changing and will survive. We will be different. I am excited to see what the future will bring.

And so many people are contributing to the change. In fact, we all need to do our share. If we do, Detroit will be the shining example for the rest of the country to follow. What will that headline say then? I hope it says: “Detroit leads the way for the nation.”

Detroit is a good community to build a career and/or a business. It is full of good people and good companies. This — along with a good plan and a lot of hard work – will lead others to successful careers here, too.

John Bailey founded John Bailey & Associates Public Relations in 1996 and grew it into one of the state’s leading firms serving businesses in the automotive, healthcare, retail, public affairs, and professional services industries from its Troy and Lansing offices. HIs book The Power of Ownership: How to Build a Career and a Business, says that you can be honest and treat people fairly and succeed. It is available on Amazon.com.