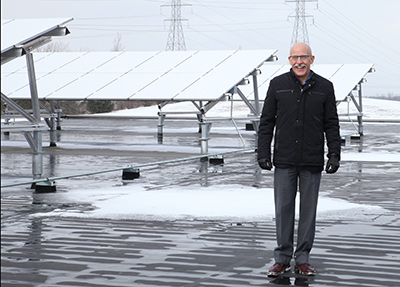 “At Powers we distinguish ourselves by investing in the preservation and protection of the environment,” says  Gary Thompson, COO of Powers. “We are honored for this recognition by MillerCoors and hope to continue setting a positive example of environmental stewardship to other beer distributors across the nation.”

In 2009, Powers Distributing became the first beverage wholesaler in the country to convert 50 percent of its delivery fleet to biofuel-electric hybrid tractors. Between 2011 and 2015, Powers reduced their carbon dioxide emissions by approximately 1.5 million pounds, installed LED lighting and began working towards becoming a zero landfill business. Powers also uses hybrid vehicles for their sales team, implemented a storm water run-off collection system, and has 325 solar panels at their facility.

Recipients of the award were selected based on their level of business impact, external impact and the behaviors and processes implemented.