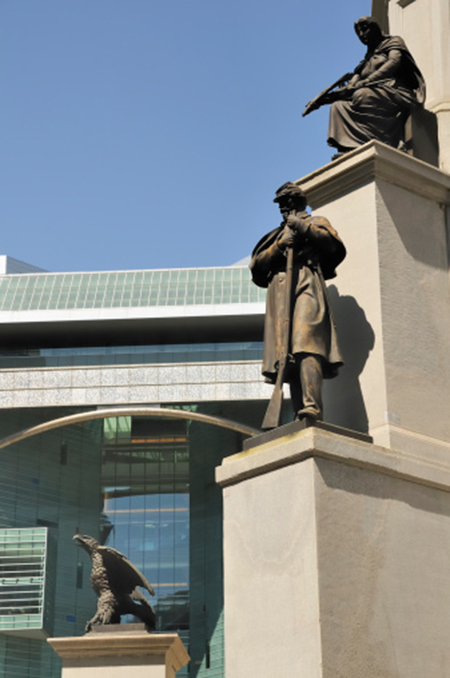 DETROIT — The game is on and the competition is fierce as the six Live Downtown companies face off in the second annual Live Downtown Games July 22-26.

The 2013 Live Downtown Games will kick off at 11 a.m. on Monday, July 22, with opening ceremonies in the heart of Downtown Detroit – Campus Martius Park – marking the two-year anniversary of the Live Downtown incentive program.

“The collaboration among these companies, with the recent addition of Marketing Associates, continues to grow and serves as a shining example of what can be accomplished with cooperation and a sense of larger purpose,” said Dave Blaszkiewicz, president and CEO of the Downtown Detroit Partnership. “The 2012 games were a huge success, connecting people all around the city and contributing to the positive growth, momentum and sense of community within Detroit.”

Over the course of five days during lunch and following work hours, employees from each Live Downtown company will compete in a series of Olympic-style activities in various Downtown Detroit locations. The companies will also combine efforts to support educational achievement in the city of Detroit.

The competition will be based on a point system with the winner crowned at the closing ceremonies on Friday, July 26.  Highlights of the activities include: the executive bungee run immediately following opening ceremonies, which begins the week of competition; field day at DTE Energy’s campus; a Detroit-themed scavenger hunt and a community philanthropic event benefitting the Detroit Public Schools. Employees will also have an opportunity to interact on Thursday, July 25 at a mixer event at Sound Board, sponsored by MCCH.