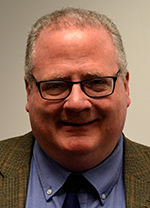 Matt Roush has been named director of media relations and managing editor of the University News Bureau at Lawrence Technological University.

Roush, of Dearborn, was previously director of communications and public relations at The Engineering Society of Detroit.

Roush has worked for newspapers, magazines, radio stations, and online media across the state. He was a reporter for newspapers in Three Rivers, Leland, Traverse City, and Kalamazoo. He covered banking, finance, and high-tech for Crain’s Detroit Business.

Roush  also was the on-air technology editor for WWJ Newsradio 950 and also edited the Great Lakes IT Report, the station’s daily email newsletter covering the high tech industry from a Michigan perspective.

Roush is the winner of numerous journalism awards from the Associated Press, United Press International, and the Association of Area Business Publications. He was named Michigan Small Business Journalist of the Year in 2009 by the U.S. Small Business Administration.

He earned his Bachelor of Arts in communications, speech, and theater at Albion College.