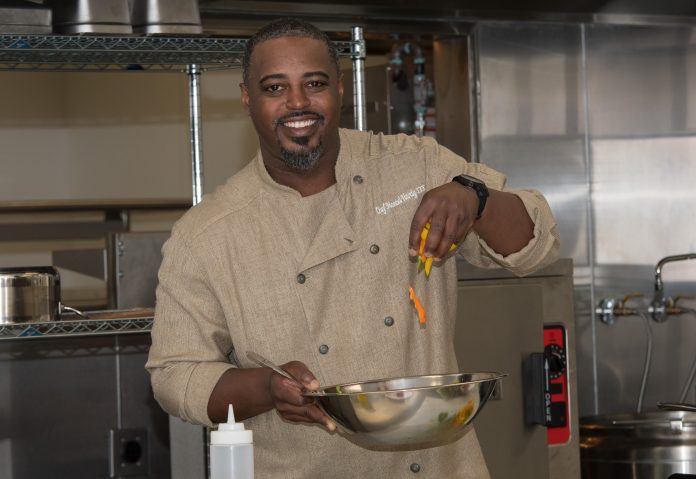 “I moved back to Detroit to contribute to and help grow to the culinary scene,” says Hardy. “Working to teach and develop the future culinary leaders in Detroit will help support not only the restaurant industry, but the region.”

Hardy will work with chef Jeff Bane, head instructor of the culinary program, to shape curriculum and serve as an ambassador for the program. He is owner and operator of River Bistro in Detroit’s Grandmont-Rosedale neighborhood, located a few miles from where he grew up. He is also the owner and operator of the Coop restaurant inside Detroit Shipping Co.

Recently, Hardy had a catering business in Miami and was previously the full-time personal chef for NBA All-Star Amar’e Stoudemire from 2009-2014. He competed on Food Network’s Chopped, and his work has been featured in Bon Appetit, Essence Magazine, and New York Post, among other media outlets. He founded One Chef Can 86 Hunger, a nonprofit organization focused on raising awareness and fighting hunger in the U.S.

“We opened the Cleary Culinary Academy in Detroit to train students for success inside and outside of the kitchen,” says Jayson Boyers, president and CEO of Cleary University. “Chef Max brings a cross section of experience in the culinary arts including entrepreneurship, which will greatly benefit our students.”

Cleary University has offered culinary education on its Livingston campus since 2016 and opened the 2,000-square-foot Culinary Academy at the Detroit Education Center in March 2018.