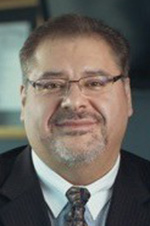 Khaled J. Saleh, M.D. has joined the Detroit Medical Center as the new executive in chief of orthopaedics and sports medicine.

Saleh joins DMC from the Southern Illinois School of Medicine where he served as chairman of orthopaedic surgery and director for clinical and translational research. Saleh’s work has been supported by nearly $7 million in grant funding, resulting in more than 300 scientific publications, six textbooks and mentorship for hundreds of students, residents and fellows.

Saleh obtained his undergraduate and medical education at the University of Western Ontario in Canada and has earned his master’s in public health from the Centre for Health Economics in New York; his policy analysis degree from McMaster University in Hamilton, Ont., and his health care management degree at Harvard University.