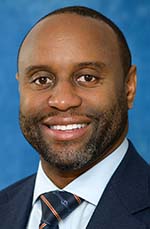 Eadie, of Detroit, is an emergency medicine physician and has been the CEO of DMC Harper University Hospital, DMC Hutzel Women’s Hospital, and DMC Detroit Receiving Hospital. He joined the DMC in April 2008 as vice president of Medical Affairs at DMC Harper University Hospital and DMC Hutzel Women’s Hospital. In July 2010, Eadie was appointed as CEO of Detroit Receiving Hospital, and was named CEO of DMC Sinai-Grace Hospital in January 2012.

In his new position, he will continue to provide executive oversight to the medical center’s leadership teams.