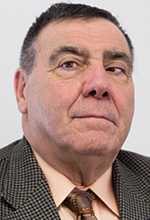 Dan DiBardino has been named the new president and CEO of Crime Stoppers of Michigan, a crime fighting organization.

DiBardino will be responsible for the organization’s external relations, strategic planning, program development, and related implementation oversight. He will report directly to the Crime Stoppers executive committee.

DiBardino has a long-standing relationship with Crime Stoppers. He started as a committee volunteer and was then elected to its board of directors. In addition to his board responsibilities, DiBardino has chaired several of the organization’s committees and served on the board’s executive committee. DiBardino has served as Crime Stoppers interim president since December 2015.

DiBardino, of Clinton Township,  received a Bachelor of Arts in criminal justice from Northeastern University in Boston.