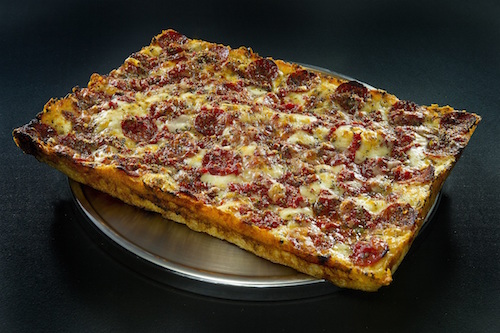 Celebrating its 70th anniversary this year, Buddy’s Pizzeria is inviting customers to submit their memories of dining at the restaurant for its Growing Up Buddy’s campaign.

“Over the years, memories and traditions have been made by countless metro Detroiters who grew up visiting Buddy’s with family and friends,” says Wes Pikula, the restaurant’s vice president of operations. “Today, those same patrons are introducing their own families and friends to the iconic square pizza they’ve always known and loved – even Motor City transplants from across the nation. We’re excited to capture the stories of our patrons during this milestone anniversary and record them for generations of Detroit-style square pizza fans to come.”

As part of the Growing Up Buddy’s campaign, fans of the restaurant are encouraged to submit their memories of dining at Buddy’s via a five question form at buddyspizza.com/Growing-Up-Buddys. Submissions will be shared on the restaurant’s website and social media channels.

Customers may use the card once a month to receive a one-topping, 8-square Detroit-style pizza priced at a discounted rate of $7. Additional toppings may be added for 70 cents each. Appreciation cards will be available until June 30, or until supplies run out.