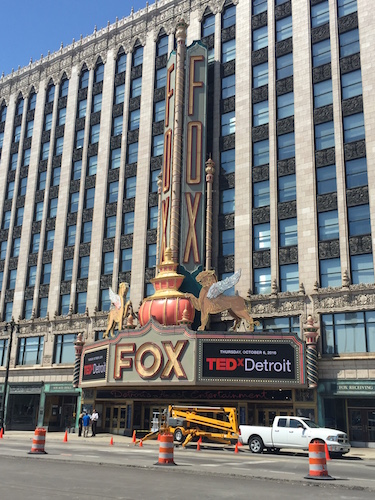 TEDxDetroit, an independently organized TED event that features live talks and entertainment from local speakers, will return to Detroit’s Fox Theatre on Oct. 6 for its eighth annual event in the city.

“TEDxDetroit is a truly unique experience for everyone involved. Part business expo, tech conference, art festival, and revival, it’s an authentic representation of the Motor City’s heartbeat,” says Janet Tyler, executive producer of TEDxDetroit and COO of Red Level Networks. “Last year was the first time we hosted the event at the Fox Theatre, and with such a rich history of iconic performers gracing its stage, we couldn’t image a more inspiring venue for TEDx.”

Individuals interested in presenting at the event can submit an application on the TEDxDetroit website. The deadline for submissions is Aug. 26, and the 2016 schedule will be announced in early September.

For more information on attending or participating in the conference, visit tedxdetroit.com.