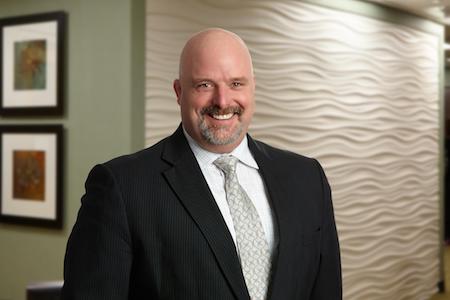 The position became vacant in December 2016 after previous president and CEO, Chad Grant, accepted the same position at McLaren Flint.

“McLaren Oakland has established itself as a high-quality healthcare provider and asset to its community,” says Buxton. “It’s an exciting opportunity to join this team and I’m eagerly looking forward to working with its leadership to further this reputation.”

During his tenure at McLaren Lapeer region, Buxton improved the clinical quality and financial performance of the organization and transformed a community hospital into a regional destination for quality healthcare. In 2014, Buxton was given the additional responsibility of managing the McLaren Homecare Group.

Prior to joining McLaren, Buxton served as chief operating officer of the 290-bed Crittenton Hospital Medical Center in Rochester. During his tenure, he led a turn-around of the community hospital, which included a 9 percent increase in admissions over a two-year period and achieving their highest-ever quality standards score.

Founded in 1953, McLaren Oakland includes outpatient facilities in Clarkston and Oxford, and an inpatient hospital providing a range of clinical services including emergency and trauma care, cardiology, cancer services, minimally invasive robotic surgery, and orthopedic services. With a network of more than 300 physicians, McLaren Oakland owns a network of employed physician offices throughout Oakland County and a nursing home in Lake Orion.