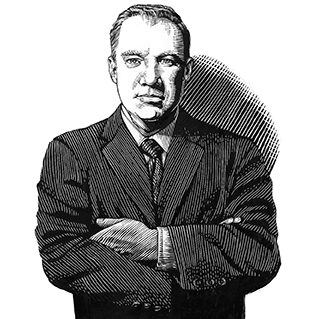 When Dominic Silvio opened his exhibit company in 1979 he had one client, and his goal was to design, build, and manage displays for trade shows and conferences. The Livonia-based company prospered up until 2008, when the global financial crisis caused Silvio to overhaul his client mix.

“We were 80 percent to 85 percent automotive, and proud of it,” says Silvio, chairman and CEO of EWI Worldwide, “but we couldn’t stay that way, as much as I hoped we could. We had to deal with reality and seek out new markets because, at that time, vehicle sales had slowed considerably.”

Today the company has 20 clients in the health care sector, it has branched into retail design — which now generates $22 million in annual revenue, and it has entered such fields as energy, housing, financial services, aerospace, and consumer technology. The diversification will continue, but it hasn’t been easy.

“We set up a team, identified the growth opportunities, and then went after it,” Silvio says. “We sent our people to the respective trade shows, we joined associations, and we did event marketing. We learned as much as we could, and then we would return and report back to our respective teams.

“The other thing we did was to have our people speak at conferences, so they became (known as) the experts in a respective field. Once you establish that, people want to hear more, so you set up follow-up meetings with companies and organizations. From there, you find out who the financial decision-makers are, and then you stay close to them.”

The company also expanded its global footprint, opening offices in Europe and Asia while establishing strategic partnerships with more than 30 companies that offer complementary services. The result: EWI Worldwide reaches into South America, Africa, and Australia, among other countries and regions.

For the welcome center, EWI designed and built digital engagement stations to help potential buyers research the homes, which range in price from $1 million to $5 million. The welcome center, along with various collateral material designed by EWI, helped Five Points reach 10 percent of its two-year sales goal during the opening weekend.

On the exhibit front, EWI developed a dur-able fiberglass material, packed with foam, which replaces aluminum and wood frames. The new display material is sturdy enough to support walls, yet is so light that it often weighs less than the shipping crates. What’s more, logos and other messages can be painted right on the fiberglass surface, and the material can be recycled.

“We can do a lot more shapes with fiberglass, so you’re going to see exhibits and displays really match with most any creative direction,” Silvio says. “We just renovated our design studio, and we’re eagerly working to set up displays for the (North American International Auto Show) in January.

“The (newly opened) Riverview Ballroom at Cobo Center is the nicest in the country, in my opinion. I think once people see all of the changes going on at Cobo, they’re going to be blown away. It’s an incredible asset for our region and state, and will serve to bring a lot of new business here.”

In the world of diversification, a company can lose sight of its core business. But an enterprise that can master multiple disciplines will have more than its share of opportunities, no matter the economic climate. db