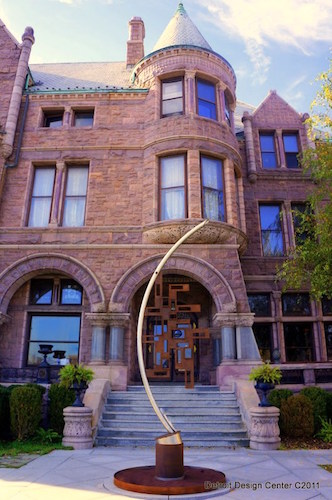 To mark the end of heavy construction of the QLine light-rail service along Woodward Avenue, which is expected to open in the spring, The Whitney in Detroit’s Midtown district added a new executive chef and is reopening for lunch, revamping its brunch, and extending its High Tea service hours.

“We’re excited about the new light rail line and we’re thrilled to get most of the construction on Woodward behind us,” says Bud Liebler, owner of The Whitney.  “We always believed the QLine would be worth waiting for, but it wasn’t always easy fighting the orange barrels and actually doing the waiting.”

The Whitney, located at 4221 Woodward Ave., canceled its lunch service in January 2015 because of the QLine construction and reopened last week with a new menu. Along with new services, restaurant officials also promise to get guests in and out of the The Whitney in under an hour.

The Whitney’s brunch, previously only held on Sundays, will now be available on Saturday as well. The brunch menu, which includes an autumn quiche, red velvet pancakes, and classic eggs benedict, has also moved from a buffet style to plated sit-down service.

High Tea service, which had been offered Monday through Friday only, is now available seven days a week.

Paul Jackman, former owner and corporate chef at Royal Oak-based D’Amato’s restaurant and Goodnight Gracie Martini Bar, joined The Whitney as executive chef in June. He has updated the menus for all meal services to include a selection of new entrees, sides, and salads.

The Whitney is open for lunch Monday through Friday from 11:30 a.m. to 1:30 p.m. For all other hours of operation, visit thewhitney.com.