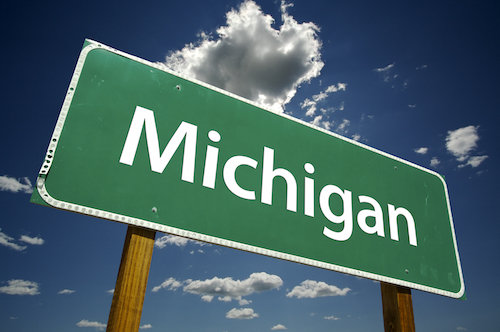 Michigan was cited as this year’s most improved state for business, and ranked seventh overall, up from 22nd place in 2015, according to a new national report by CNBC.

According to CNBC’s analysis, Michigan “was considered all but hopeless” when it began ranking states a decade ago. “Michigan owes much of its improvement to a resurgent economy,” the report states. “Economic growth ranks in the top 20 percent of the country, and jobs are coming back after a long period of decline.

“While Michigan is not as reliant on the auto industry as it once was, the comeback shows just how powerful the state can be when that industry is doing well. That’s because the industry doesn’t just generate manufacturing jobs — it is also a magnet for innovation. State officials like to point out that Michigan has the nation’s largest concentration of engineers, and the state averages one automotive patent every day.

“That helps the state come in sixth in our technology and innovation category. And in a development that’s sure to warm the heart of Gov. Rick Snyder, a former venture capitalist, Michigan finishes fourth for access to capital.”

The report scored all 50 states on more than 60 measures of competitiveness that were then separated into 10 categories, which were weighted on how frequently each is used as a selling point in the state’s marketing materials for economic development.

The state also saw improvements from 2015 in the cost of doing business, quality of life, technology and innovation, education, and business friendliness categories, while it saw a slight drop in the workforce, infrastructure, and cost of living categories.

“It seems to me as though the major in change in Michigan is in the economy, and what drives the economy more than anything else is the auto industry,” says Allen Goodman, professor of economics at Wayne State University in Detroit. “In 2015, we were coming out of this mess in Detroit, and in 2016 there’s a little more of a buzz. That could be what the report is capturing.”