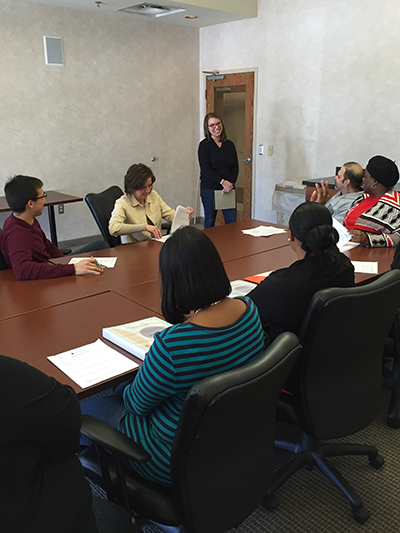 Given the rising need for programs and services related to good kidney health, the National Kidney Foundation of Michigan has opened a new, larger office at the Henry Ford Medical Center – Detroit Northwest. As part of the expansion, the foundation will add more programs and services to the community, increase staff size, and boost its visibility within the community.

“We know that having more of our staff in the community will allow us to reach more people and further expand the award winning programs and services we offer throughout the city of Detroit and southeast Michigan,” says Dan Carney, president and CEO of the foundation.

Kristie King, senior program manager, says the foundation is “busting at the seams” as the organization continues to grow and expand the number of people they serve in the southeast Michigan community. “It was better for us to have most of our staff concentrated in the area we were serving,” she says.

Previous to the expansion, the foundation employed five employees in Detroit. The new office will employ 20 to 25 employees. “The old Detroit office really just had a small staff that did a few key programs, and one of our major adult prevention programs,” King says.

She says the new office will also allow the branch to implement the full range of programs the foundation offers, including educational offerings for children focused on healthy living and diabetes prevention programs for adults.

The new office, located at 7800 W. Outer Dr., will host an open house on May 5, to be attended by board members, partners, supporters, fundraisers, legislators, coalitions, and community members. King says the new, centralized location inside the Henry Ford Medical Center will open the doors to community members by increasing the visibility of the branch.

The National Kidney Foundation of Michigan has more than 80 employees in Ann Arbor, Detroit, Flint, and Grand Rapids.