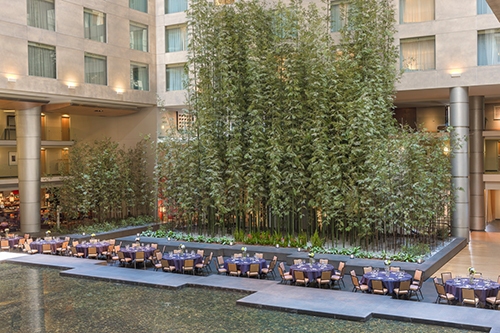 “We’re not quite back to where we were in 2007, but we’re close,” Skelton says. “From here, I think we’ll see good steady growth for at least the next two or three years, but that all depends on what happens with the economy.”

Skelton says Ann Arbor continued to be the strongest occupancy in the state at about 67 percent and Detroit’s performance has continued to strengthen due to stability in the auto industry as well as Cobo Center makeover and corporate relocations to downtown.

He says some of the hardest hit hotel markets such a Flint/Tri cities and northern resorts still had slow growth although they showed increases in average rate.

Numbers based on data from Skelton’s consulting group estimate that the average daily rate for the Michigan market increased just slightly in 2013, up to $95.35 from $94.12 in 2012. The difference was more apparent in southeast Michigan, with an average daily rate of $101.88, up from $97.30 the year before. Occupancy rates showed little change on either level, hovering around 54 percent.

Skelton says many hotels continue to deal with a sharp drop among group business travelers. Once the economy took a hit in 2008, more businesses began holding online meetings. “The meetings business has not come back strongly,” Skelton says. “In some markets, that used to be 40 to 50 percent of demand, and it’s dropped to as little as 20 to 30 percent. You just don’t make them up with more commercial business or leisure travelers.”

The former Hyatt Regency Dearborn, for instance, used to be “the group hotel in southeast Michigan,” he says. It has since been rebranded as the Adoba Hotel Dearborn. The opening of the Westin Detroit Metro Airport more than a decade ago has impacted the hotel, which has “taken the place of what the Hyatt was at one time.”

Overall, Skelton sees good things coming out of Detroit, where a nearly $300 million expansion and renovation of Cobo Center will be completed next year. In addition, the Quicken Loans family of companies has relocated or added more than 12,000 workers to the central business district since 2010.

“And, of course, what happens downtown pushes out to the suburbs, so the success of Cobo is going to be an interesting factor,” he says. In 2016, the Detroit Red Wings are expected to open a new, 18,000-seat arena at the northwest corner of I-75 and Woodward. Plans are to generate between 100 and 150 event nights per year, up from 70 event nights at the Red Wings current home at Joe Louis Arena. The new stadiums also will draw numerous private events such as conference, reunions, and meetings, says Tom Wilson, president of Olympia Development.

Another positive, Skelton notes, are the many upgrades and renovations that franchisors, such as Marriott, Hilton, and Hyatt have made over the past few years — which just may pay off as the industry moves into this new growth period, he says.