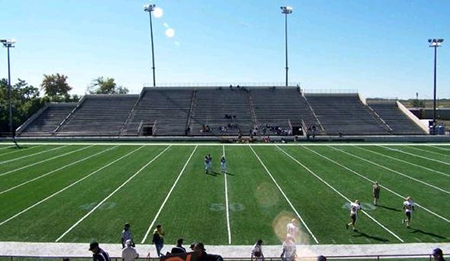 Pontiac’s Wisner Stadium will serve as the home field for the Michigan Stars Football Club, one of the state’s three top-level, amateur soccer clubs, in a deal announced by the organization.

“We have been searching for just the right venue to host top notch soccer for families (and their) children to watch, and Wisner Stadium more than fits the bill,” says Shereef Akeel, president of The Michigan Stars. “We look forward to playing our home games at Wisner and becoming a part of a revitalized community in bringing family based entertainment to Oakland County, where we can all grow together.”

As part of the agreement, the stadium will also be home to The Michigan Stars’ sister club, The Motor City Football Club, the only top-tier women’s soccer team in the state. The site is currently the home field for the Pontiac High School football team and the Pontiac Panthers Youth Football league.

The stadium, at 441 Cesar E. Chavez Ave., was previously owned by Pontiac School System, but fell into disrepair over the years. After being leased by Lee Industrial Contracting Co., however, the stadium underwent renovations with a new reconditioned surface, track, lighting, and grand stands with seating for up to 6,600 fans.

“We are very pleased that the Michigan Stars have chosen Wisner Stadium as their new home,” says Pontiac Mayor Deidre Waterman. “They will be a highlight in Pontiac’s renaissance.”

The Michigan Stars plan to offer free soccer clinics for neighborhood youth as part of its community outreach efforts, Akeel says. “We are also planning on building relationships with southeast Michigan youth soccer organizations to connect them with the team and provide their players with a pathway to collegiate and professional level soccer.”