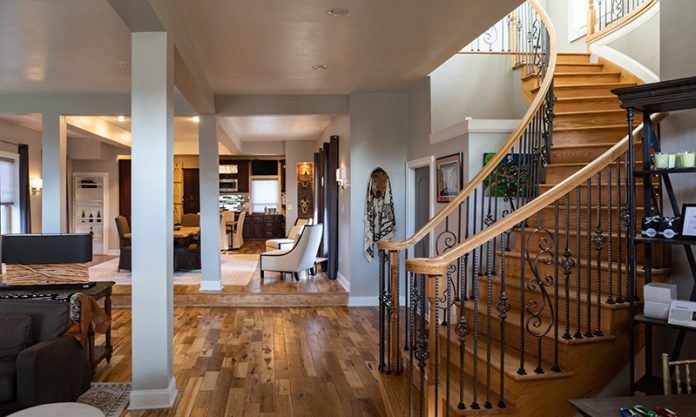 The Cochrane House, a luxury bed and breakfast, has opened in the Brush Park historic district just north of downtown Detroit.

The inn features three guest rooms, homemade breakfast delivered to the rooms, house-made soap, and Cochrane House candles. It is within walking distance of Detroit’s three major sports arenas and theater district and offers packages for private parties and events.

“We want people to come in and relax, play music, a board game, and/or have a glass of wine,” says Roderica James, founder and co-owner of The Cochrane House. “Our whole goal is for our guests to be in an atmosphere where their mind, body, and soul is relaxed. We want our guests to have the best experience possible. When you walk into the doors you can feel the family atmosphere.”

The home was built in 1870 for John Terry, an eye doctor. He lived in the mansion for one year before Lyman Cochrane purchased it. Cochrane served in the Michigan State Senate starting in 1871 and was appointed judge of the Superior Court of Detroit in 1873. He served in the position until his death in 1879.

James was born and raised in Detroit and has worked in education and tutoring. She started renovating the house in 2013, and renovations were completed this year. James’ sister, Francina James, is a co-owner of the home and a licensed attorney.

Rooms start at $255 per night. More information and reservations are available here.