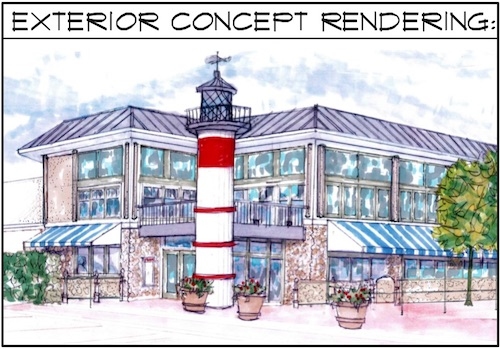 A Macomb County Circuit Court judge has prohibited a seafood restaurant initially named Muer’s Table + Bar from using the Muer family name. The restaurant was planned to occupy the former Tin Fish space at the Mall at Partridge Creek in Clinton Township, before restaurateur Joe Vicari, who owns all Joe Muer related trademarks and recipes, filed to stop the new restaurant’s owners, who are not affiliated with the company.

“The decision is a relief,” Vicari said in a statement. “Defendants planned to use the name ‘Muer’ for a seafood restaurant that copied the design elements and concept of Joe Muer Seafood and had an almost identical menu even though it did not have the Joe Muer recipes.”

“They also injected Muer-family references as often as possible into press releases, public comments, and social media even though no Muer family member has any ownership interest in the restaurant. We will continue to pursue this case to its end to ensure the epic legacy of the Joe Muer Seafood name, especially given its expansion since 2011, is protected.”

Issued Friday, the ruling also stops the establishment from suggesting an affiliation with Joe Muer Seafood by using the name in advertising or accompanying its menu items.

Joe Muer Seafood originally opened in Michigan in 1929, and was sold to Vicari in 2011, per the court’s opinion. Later the same year, reopened Joe Muer Seafood in Detroit’s Renaissance Center, and has plans to open a second location in Bloomfield Hills later this month.