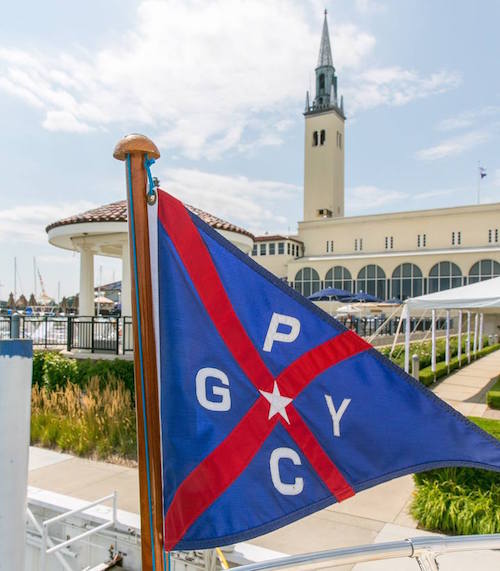 The clubhouse at the Grosse Pointe Yacht Club, located in Grosse Pointe Shores along Lake St. Clair, today announced it has been added to the National Register of Historic Places, which is the official list of historic places in the U.S. worthy of preservation.

“Being recognized as a registered historic place is a wonderful acknowledgment for such a magnificent building,” says Thomas Trainor, general manager of the Grosse Pointe Yacht Club. “The yacht club holds a special place in the hearts of many in our community.”

Lowell died at sea in 1927, making the clubhouse the last significant structure he designed. His other notable designs include the Boston Museum of Fine Arts and the New York State Supreme Court building.

Trainor says the clubhouse’s most prominent feature is its 187-foot bell tower. The bell was created by Meneely Bell Foundry, which built the Liberty Bell for Independence Hall in Philadelphia.

Edsel Ford, Horace Dodge, and Russell A. Alger, the 20th governor and U.S. senator from Michigan, are among early members of the clubhouse.

The Grosse Pointe Yacht Club was founded in 1914 by a group of 25 sailing and iceboating enthusiasts. The private marina and sailing club is a member of the Detroit Regional Yacht-racing Association.