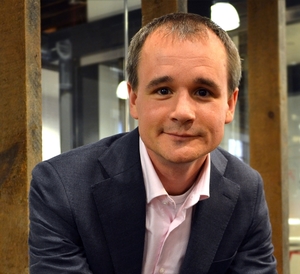 Paul Glomski, CEO of Detroit Labs, a Detroit-based app development firm that counts DTE Energy and Chevrolet among its clients, spoke with DBusiness Daily News about building Detroit’s pipeline of developers and breeding creativity at the workplace.

1. DDN: It has been reported that finding app developers can be difficult. What has been your experience?

PG: Detroit, surprisingly, is a good place to find good talent. Actually, can I remove the word “surprisingly?” It may seem counterintuitive if you’re not here and you don’t see it. But when you’re here, you see that there are tens of thousands of engineers and software developers in the area, and a lot of them want to build great things. So we’ve been very fortunate to find great talent that’s experienced. We started the business in 2011 with four co-founders. We are now at 75 team members.

2. DDN: What are you doing to help build that talent pipeline?

PG: We started an apprenticeship program this year. It has all of the same criteria as recruiting new members to Detroit Labs, but the one thing we’ve removed is the requirement to have experience developing software, or any kind of engineering for that matter. We essentially teach people how to do that (as part of the) program. They’re hired at the beginning of the apprenticeship, so they’re full-time team members who get benefits and a salary. Their job is to learn how to become a developer at Detroit Labs who can go right to (working on a) client project after completing the program.

3. DDN: Are you seeing any patterns in what types of apps that companies are needing?

PG: Yes, one major trend is that apps are no longer something that is purely software that sits on your phone. A lot of companies are coming to us for apps that talk to other things or devices. (For example), we did an app for Chevy that communicates with one of its vehicles. It helps you set efficiency driving goals and gamifies it, so you can compete with other people (to see) who’s the most efficient driver.

4. DDN: We saw someone reference your #AppAWeek challenge on Twitter. What is that?

PG: In software development, a lot of times you can do a lot of work without actually having something to show for it. And our team takes the opposite approach. For us, delivering and shipping means we’ve delivered an app to the (Apple) App Store or to a customer. So in order to challenge ourselves, when team members are between projects, we have this “App a Week” challenge. The challenge is to build, develop, and design everything you need to for an app in one week and release it after that week.

One of the ones we recently released was … an app called Memory Jar. A (memory jar) is where you write stuff on post-it notes or paper and put it in the jar. It could be funny things that your kids say, good things that happen, or goals that you want to look at the end of the year. So this is the app version of the memory jar. She did it in a week and now it’s in the App Store.

5. DDN: How does your company benefit from the challenge?

PG: Part of it is culture. We like to build things and we like to celebrate that and attract people who build things, because that ultimately translates into great products for our customers. The other thing is you never know where these things are going to live. In addition to client services, we spend a significant amount of investment into building products that could be entirely separate businesses that are spun out of Detroit Labs. We do that through a number of ways, (one of which is) that we allow our team members 20 percent of their time to work on whatever they’re interested in. The only requirement is that at the end of the day, they have to demonstrate to the rest of the company what they did. That’s one way we could seed ideas for potential products. The App a Week challenge is another way to do that.