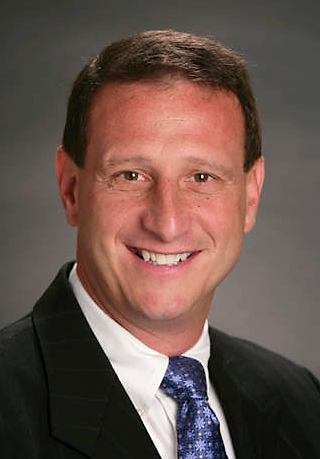 DM: We’ve seen an uptick in activity, perhaps because of a confluence of low-interest rates, pent-up demand, and — in Michigan — a relatively robust automotive sector. There’s also a lot of private equity companies that have money on the sidelines or in play that they are looking to deploy.

DM: I think it’s a good time for everybody. The prices in the marketplace are fair, and there still remains some upside in the current business cycle. So a buyer who is able to find opportunities can still benefit from improving a company. And buyers are able to look at — at least right now — a lot of companies that have made it through the downturn and are generally healthy and therefore, relatively stable. I’m not so sure that there is the number of bargains out there that might have been a few years ago, but on the flip side, the companies that are for sale, are probably more stable than they were a few years ago.

3. DDN: What should owners consider before they decide to sell?

DM: It’s important that owners not look to the past when they make a decision as to whether or not it’s time to sell a company. I think about (those owners) who wanted to sell before the downturn, and then the downturn came (during the recession), and they weren’t able to sell. Some aren’t around any longer, but if they are — and the business is strong and healthy — (some owners) now want to command a premium for having gone through the lean years.

Buyers don’t care about the past. Buyers care about the future. And so a seller has to have a mindset that what’s gone is gone. A company’s value is not really related to its past performance. It’s related to where it’s going and what it can be in the way of value to a buyer. Buyers don’t want to pay the seller for money they didn’t get to make for a few years.

4. DDN: What is the lifecycle of a healthy business?

DM: There are several elements that play into a company’s lifecycle. There are the internal issues, such as a need for additional capital. And so there are times in the businesses lifecycle when the owners have to determine whether or not they’re willing to invest in the company for a longer-term perspective but at a short-term cost. There are external issues in the lifecycle of a company that may have to deal with economic cycles and may also have to do with product cycles and whether or not the product that’s being made can continue on for a longer period of time. And then you also have the lifecycles internally, that are just the choices that an owner makes as to when they believe it’s time for them to consider a sale.

5. DDN: What do you foresee happening in the next five to 10 years?

DM: I don’t have a crystal ball, but I look at past history usually as an indicator of future events. There’s no question that we have economic cycles, but whether those cycles will continue to be of the same kind of length that they’ve been in the past, it’s hard to say. That has a lot to do with the world as opposed to just the United States. It has to do with the deficit and not just a company’s health. I’m still pretty bullish on the marketplace, (and) I think we’re going to continue to see some growth. There obviously will be a downturn, but hopefully we’ll get better and better at managing those downturns, so that they aren’t as deep and long as they have been in the past.