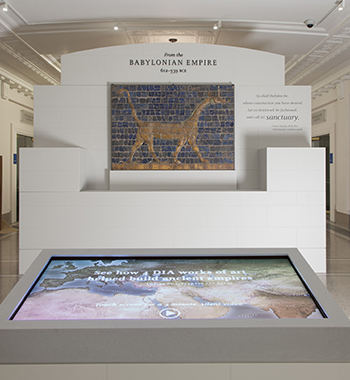 “This is a wonderful milestone for the museum, and designating the funds to our operating endowment will tremendously help our efforts to secure the permanent financial stability of the DIA and transform our museum into the town square of the community,” says Salvador Salort-Pons, director of the DIA.

William “Bill” Davidson was the president, CEO, and chairman of Auburn Hills-based Guardian Industries, the owner of the Detroit Pistons and the Tampa Bay Lighting, and the chairman of Palace Sports and Entertainment. Davidson, a Detroit native, attended the University of Michigan and received his juris doctor from the Wayne State University Law School. He died in 2009 in Bloomfield Hills.

The William Davidson Foundation aims to preserve Jewish identity and tradition in southeast Michigan, along with working to strengthen and revitalize the region. The foundation was a significant contributor to the city of Detroit’s Grand Bargain.

Salort-Pons says the newly named William Davidson Gallery showcases objects from the ancient Arabian Kingdom as well as from the empires of Assyria, Babylonia, Persia, and Rome. He says the DIA is planning to include a section in the William Davidson Gallery on the production of glass in the ancient Middle East region, and has begun conversations with the Israel Antiquities Authority to obtain loans of glass and ceramics.

“This is a fitting tribute to the life and work of William Davidson, who left such a singular mark on our community and the glass industry through his company, Guardian Industries, one of the world’s largest manufacturers of fabricated glass,” Salort-Pons says.

The 2,800 square foot gallery, located on the first floor of the museum, reopened in October after closing down in 2007 for museum renovations.