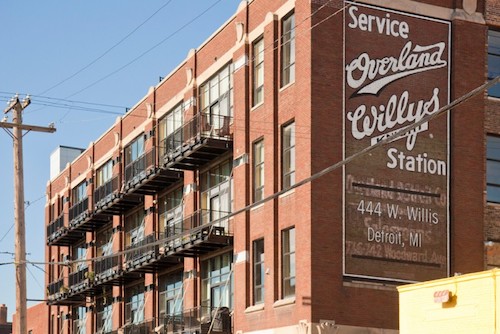 Detroit’s condominium market is projected to reach $100 million in new and existing sales this year, up from $70 million in 2016, according to The Loft Warehouse, the leading residential condominium broker in Detroit. The company projects 3,350 apartments and 638 condos will be added in the city between now and 2020.

“We never have to sell Detroit, the recovery speaks for itself,” says broker Sabra Sanzotta, who, along with her husband Jerome Huez, owns The Loft Warehouse in Detroit. “What you’re seeing today is that at certain residential apartment buildings in downtown Detroit and Midtown, as the leases expire, the units are being put up for sale. New projects also are coming on line.”

During a tour Monday of new and existing condo projects, Sanzotta says the average sales prices for condos at the end of 2016 reached $175 per square foot. That’s up from $40 to $80 per square foot from a year ago. Last year, condo sales in Midtown led the way and accounted for 51 percent of total sales, followed by the East Riverfront (24 percent), downtown (15 percent), with the remaining 10 percent spanning the city.

Driving the market are several new developments, including the upcoming Qline street car service running along Woodward Avenue that is expected to be operational in late April or early May; the opening in September of Little Caesars Arena at Woodward and Henry Street; the ongoing construction of The District Detroit, a 50-block area spanning downtown and Midtown; and the addition of offices, restaurants, and retail stores.

The condos range in size from 1,158 square feet to 1,195 square feet and include two bedrooms, a kitchen and dining room, a living room, two full bathrooms, and a balcony. Amenities range from a common area rooftop lounge, bike storage, indoor parking, and a planned restaurant on the first floor.

On the conversion side, apartment buildings that are being sold as condominiums include The Carleton along John R Street in Brush Park; Willys Overland along Willis Street, 9 on 3rd Lofts on Third Avenue, and 449 W. Willis, all in Midtown; and in downtown the Westin Book Cadillac (two units) and the Fort Shelby Residences (56 units, with 25 percent pre-sold).

By 2020, other condo projects will be added Corktown and the East Riverfront District. Other projects in Midtown that are experiencing condo sales include the Ellington Lofts at Woodward and Mack avenues; the Park Shelton just north of the Detroit Institute of Arts; and the Canfield Lofts.