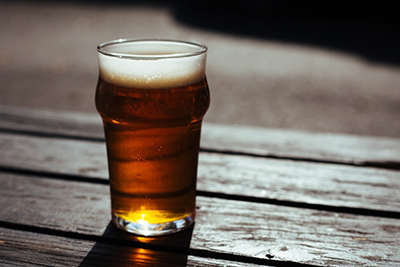 Five Detroit breweries including Atwater Brewery and Motor City Brewing Works have partnered to develop a beer for fall that’s available in all the participating breweries. The “Detroit Beer Experiment” starts with a Weizenbock, a malty-beer style.

“We’re excited to see the Detroit brewing scene become even more collaborative, especially since each one of these breweries helped us get our doors open,” says Stephen Roginson, founder and head brewer at Batch Brewing Co., one of the participating breweries. “It’s a tight-knit community of great brewers that was just begging for a project like this.”

Each brewery, including Atwater Brewery, Batch Brewing Co., Brew Detroit, Detroit Beer Co., and Motor City Brewing Works, wrote their own recipe for the Weizenbock-style beer, with an alcohol by volume of 4.3 to 5.6 percent. The breweries used the same hops for their beers from Hop Head Farms, located in Hickory Corners, near Kalamazoo.

The beers are available at the breweries and at Atwater’s biergarten and tap house in Grosse Pointe Park. They will also be offered at the Michigan Brewers Guild Fall Beer Festival at Detroit’s Eastern Market this  Friday and Saturday.

IN RELATED NEWS, Detroit Bikes will manufacture 1,000 tap handles for Virtue Cider, a craft cider company in Fennville, near Holland.

“This deal is very exciting for us,” says Zak Pashak, president and founder of Detroit Bikes. “Not only do we get to partner with a growing Michigan cider brewery in Virtue Cider, it’s also an opportunity for Detroit Bikes to demonstrate another side of our manufacturing capabilities.” 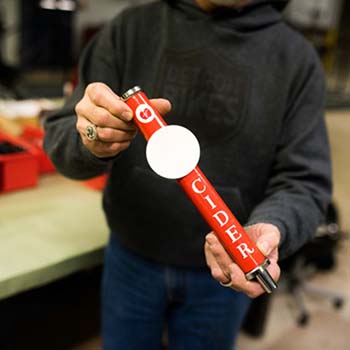 The tap handles, which will be available for use in bars and restaurants across the United States, will be made in Detroit Bikes’ 50,000-square-foot factory on Detroit’s west side. The handles will be constructed from the same steel tubing that Detroit Bikes uses in its bikes.

“We source all our apples from Michigan and we all ride bikes, so why not have our friends at Detroit Bike make our tap handles right here in Michigan?” says Gregory Hall, co-founder of Virtue Cider.