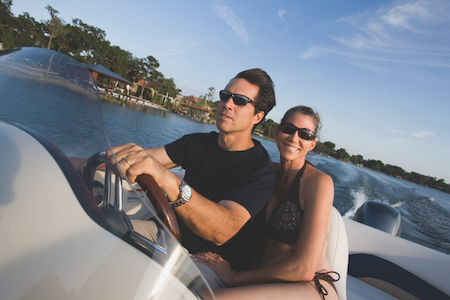 Michigan’s watercraft industry continues to grow with many boat and marina dealers attributing up to 50 percent of their annual revenue from sales and leads generated during the annual Detroit Boat Show, to be held this year from Feb. 14-22.

“Boat shows remain the single most important selling tool for dealers,” says Nicki Polan, the show’s manager. He says on average, more than 1,500 boats, worth an estimated $50 million, sell during the Detroit show.

In addition to bringing back a sailing simulator and the opportunity to meet a mermaid, the event will offer new highlights, including a live wakeboarding show.

The growth in the show mirrors the growth in the industry, with sales for new boats, motors, trailers, and accessories showing gains in Michigan for the fourth year in a row, Polan says.

More than 67,000 attendees attended the 2014 show, up 3.5 percent from the year before, and event organizers expect the turnout to grow to more than 68,000 consumers this year.

“The Detroit Boat Show will bring hundreds of boats and 150 of the state’s finest marine businesses under one roof,” Polan says. “It would take someone weeks to see as much product on their own.

In addition to new product launches from engine and boat manufacturers, the Detroit Boat Show will feature hundreds of boats for fishing, skiing, wakeboarding, and cruising, as well as paddle boats, kayaks, paddleboards, and inflatables. Some exhibits will sell boating accessories and services, including motors, dockage, water toys, skiing and wakeboarding gear, and boating and fishing accessories.

For more information about the show, owned and produced by the Michigan Boating Industries Association, visit detroitboatshow.net or call 800-932-2628. â€‹