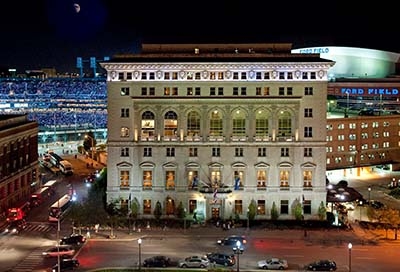 The historic Detroit Athletic Club has been named the No. 1 athletic club in the country by the national Club Leaders Forum and Advisory Board, which awarded the private social club with the Platinum Clubs of America designation.

“This really speaks to our reputation nationwide as a great club,” says Steven P. Mellos, president of the DAC. “We are proud to receive this distinction, which would not be possible without the support of the membership and the leadership of the DAC management and staff.”

The honor represents the top 5 percent of America’s Top Private Clubs of Excellence, as voted by more than 3,000 private club managers, owners, and presidents in the recent biennial election. The election was held over a 90-day period with final votes cast, tabulated, and certified as true and correct by an independent third party. Results are the most respected acknowledgment in the private club industry.

The award is presented every three years and based on services to membership, quality of club facilities, heritage, and leadership from the management and board of directors. The DAC, founded in 1887, placed second or third nationally in prior award cycles.