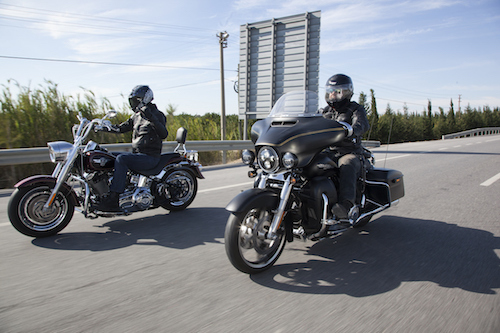 Continental, a global automotive supplier with its North American headquarters in Auburn Hills, will present eHorizon for two-wheelers, a software system that offers a shared platform for motorcyclist communities to share route information, at the Las Vegas-based 2017 Consumer Electronics Show in January.

To integrate the software, Continental has developed a digital instrument cluster that displays road and engine speed, as well as an information panel that displays safety-relevant information on traffic and weather, and notifications about incoming phone calls or music.

To supply the eHorizon digital map with route data, motorcyclists use a button connected to the instrument cluster that allows them to record their current position and, when they have finished their journey, to enter specific information about the event and its location.

This data will be collected and processed in the cloud, added to an incident map, and then shared with other motorcyclists driving along the route.

Continental is using the concept of swarm intelligence, which continuously supplies a digital map in the backend of software with up-to-date information, to power the eHorizion two-wheeler system.

“The eHorizon system informs bikers in advance of obstacles along their route such as construction zones, accidents, slippery conditions, or traffic jams,” says Ralf Lenninger, head of Intelligent Transportation Systems for Continental. “Having this information can enhance safety, not only for motorcyclists, but also for other road users.”

For this and other functions, Continental has developed a smartphone app equipped with a Bluetooth Connection Manager allowing the smartphone to communicate with the instrument cluster.

Continental works to develop intelligent technologies for transporting people and their goods. In 2015, the corporation generated sales of nearly $42 million with its five divisions, Chassis and Safety, Interior, Powertrain, Tires, and ContiTech. Continental employs more than 218,000 people in 55 countries.