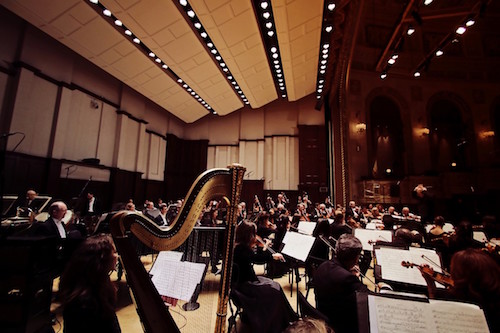 Ford Motor Co. and Ford Motor Co. Fund, the company’s philanthropic arm, is the lead corporate sponsor for the Detroit Symphony’s Asia tour. The tour, to take place next July, is the symphony’s first international tour in 16 years.

The tour will visit five stops in Japan and five cities in China, including Shanghai and Chongqing where Ford has a large manufacturing presence. In total, the orchestra will perform 11 concerts conducted by Music Director Leonard Slatkin.

“The Detroit Symphony Orchestra is more than a collection of talented musicians,” says Jim Vella, president of Ford Fund and Community Services. “They are cultural ambassadors for our entire region. We’re proud to build on our long history of supporting the orchestra by enabling new audiences to share in the joy of a performance.”

The tour launches July 9 with a free afternoon, webcast concert at Orchestra Hall, which is supported by Ford.

Ford Motor China is home to the company’s Asia Pacific headquarters in Shanghai, as well as 10 manufacturing plants, including five in Chongqing, and a regional research and development center. Last year, Ford sold more than 1 million vehicles in China.

Over the last 10 years, Ford and Ford Fund have made community investments totaling $161 million in the region.