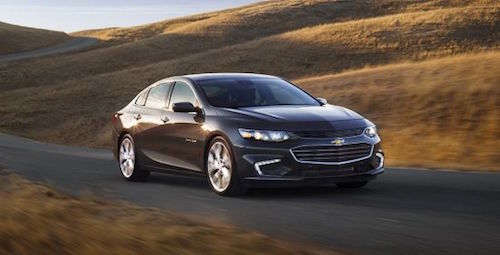 The new Hydra-Matic 9T50 nine-speed automatic transmission will make its debut in Chevrolet’s 2017 Malibu and will also be available in the 2017 Cruze Diesel and 2018 Equinox. The General Motors Co.-developed transmission will be an option on 10 vehicles models by the end of next year.

The new nine-speed transmission is paired with the 2.0L Turbo engine in the Malibu, contributing to a fuel economy of 33 mpg highway — a 3 percent increase over the 2016 model with the six-speed automatic transmission.

The transmission also supports stop/start technology that can help save fuel by allowing the engine to shut down in certain stop-and-go driving conditions. There is also an accumulator that stores energy for unobtrusive engine restarts.

“Everything about the new nine-speed is designed to maximize benefits for the customer,” says Steve Majoros, director of Chevrolet marketing. “It helps offer greater fuel efficiency in the city and on the highway, all with the world-class refinement that makes the drive quiet and smooth.”

The new 9T50 nine-speed automatic has an on-axis design, where all the gears are in line with the crankshaft, and GM’s first application of a selectable one-way clutch. Both features are designed to reduce the package size, making it roughly the same size as a six-speed transmission.

The 9T50’s hydraulic system is controlled electronically to deliver the pressure and volume required for various operating temperatures for optimal efficiency. It is also filled with DEXRON-VI fluid, which does not need changing under normal driving conditions.

In related news… Rear Seat Reminder, a technology feature that alerts drivers to check the back seat as they exit their vehicles under certain circumstances, will be offered on more than 20 Buick, Cadillac, Chevrolet, and GMC models for 2017 and 2018.

The Rear Seat Reminder works by monitoring the vehicle’s rear doors. The feature is intended to activate when either rear door is opened and closed up to 10 minutes before the vehicle is started or while the vehicle is running.

Once the system is activated, the vehicle is designed to sound five chimes and display a message in the driver information center that reads “Rear Seat Reminder / Look in Rear Seat” the next time the vehicle is turned off.

The technology, which debuted this year on the 2017 GMC Acadia, is meant to alert drivers of the presence of a child, pet, laptop, lunch, or more in the backseat.

“We want to help everyone to take one simple, extra step,” says Jeff Boyer, vice president of GM Global Vehicle Safety. “That’s why Chevrolet, Buick, GMC and Cadillac will offer the Rear Seat Reminder on a broad range of vehicles, from small cars to full-size SUVs and everything in between.”