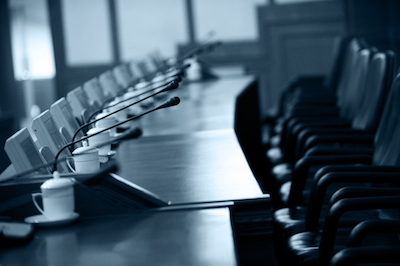 Mike Ilitch was among many things in his life, a great visionary. Much has been said since his passing about his business empire, leadership, philanthropy, and his passion to bring winning teams to the city, and more importantly, to the fans of Detroit.

The District Detroit he envisioned for downtown and Midtown is now coming to life. The 50-block district of offices, residences, entertainment, restaurants, retail, hotels, and a sports arena for the Detroit Red Wings and Detroit Pistons is unlike anything ever seen in this country. It will transform Detroit’s already dynamic revitalization, and adds to Mr. Ilitch’s commitment and long term investment in the city. It will be amazing.

So how can you get involved?

If you’re a local banker, broker, builder, or service provider, we’ve assembled the Dream Team to discuss the project, and their vision for The District Detroit.

Not only will they discuss the project, but there will be opportunity for Q&A and networking both before and after the panel discussion.

Join us on March 2, 2017 at The Townsend Hotel in downtown Birmingham as we host a panel discussion and networking breakfast for commercial real estate bankers, brokers, and builders. Our panel features Rodrick Miller, CEO of Detroit Economic Growth Corp., Arn Tellem, vice-chairman of Palace Sports and Entertainment, and Tom Wilson, president and CEO of Olympia Entertainment.  The discussion will be moderated by R.J. King, editor, of DBusiness Magazine and DBusiness Daily News.

The Bankers, Brokers and Builders Breakfast, with our title sponsor, Troy-based Signal Restoration Services, will provide the opportunity to learn how you can play a role in helping develop The District Detroit and the surrounding neighborhoods.

Rodrick Miller is a seasoned economic developer known for his deep expertise in urban recovery, trade and foreign investment, strategic planning, and project finance. Over Miller’s tenure, the DEGC has significantly expanded its capacity in business attraction, small business, and real estate and finance. Under Miller’s leadership, the DEGC has brought more than $750 million in new investments and 6,000 new jobs to Detroit including Adient, Lear Corp., Sakthi Automotive, Fifth-Third Bank, and Ally Financial.

Arn Tellem is considered one of the top player agents in sports. He has represented more than 500 professional athletes in his career. He joined Palace Sports and Entertainment following nine years at Wasserman Media Group, where he served as vice chairman and oversaw the Team Sports Division. With respect to the Detroit Pistons, Mr. Tellem is responsible for league-related initiatives as one of the team’s Alternate Governors on the NBA Board of Governors.

Tom Wilson joined Olympia Entertainment, Detroit’s premier marketer of sports and entertainment events, in 2010. During his tenure, Wilson has identified opportunities for innovative ways to package and promote the substantial assets of the organization through multi-venue offerings and creative promotions. Wilson collaborates with leaders of the other Ilitch companies to find synergies that ultimately deliver more memorable experiences at a greater value for customers, sponsors, and other stakeholders.

R.J. King has covered one of the nation’s busiest news towns for more than 20 years. Since 2011, DBusiness has been honored with nine Gold and seven Silver medals in the Editorial Excellence Awards from the Alliance of Area of Business Publications, including being named the top regional business magazine in the country.

Derek Dickow is founder of the metro Detroit-based public and political relations firm, Steward Media. He serves the community as a board member of the Local Development Finance Authority of Detroit Economic Growth Corp., Troy Community Foundation, Chaldean American Chamber of Commerce, and Leader for Kids of the Children’s Hospital of Michigan.