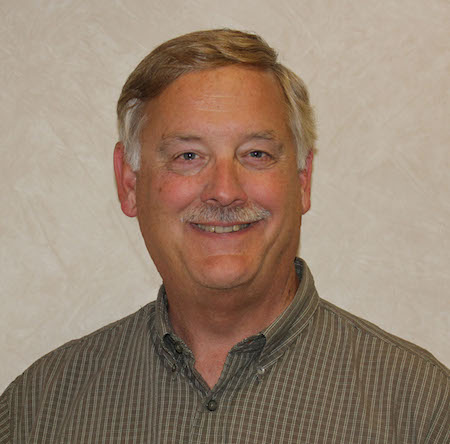 Dan Carney has been president and CEO of the National Kidney Foundation of Michigan for over 30 years, and though he’s never needed a transplant or dialysis, he’s learned a lot about the causes of kidney failure, how to prevent it, and what life is like for those working to manage the chronic condition. The organization will be hosting its 21st annual Kidney Walk on Sunday, May 21 at the Detroit Zoo in Royal Oak to raise funds and awareness for the organization.

DC: Our mission is to prevent kidney disease and improve the quality of life for those who live with it, so that means a lot of things to a lot of people. Primarily, we’re prevention focused, with direct patient services, public policy, and community services, but being a prevention-orientated organization really broadens our scope in that we care a lot about working with people and preventing high blood pressure, diabetes, and even obesity, because they’re the leading causes of kidney failure.

2. DDN: What is your role like as president and CEO of the foundation?

DC: It’s probably not that different than what a lot of people in the for-profit world experience. It’s a big, sometimes difficult job that when we do it well, it looks easy. Running a non-profit today isn’t that different than running a business, we have our mission, of course, and we have products. Our products are what I like to think of as life-changing and life-saving programs. Like any organization, we have employees, we have more than 100 of them working every day, because we want to create the best programs and have them thrive. We also have a board of directors providing guidance and oversight, like many corporations. I’ve always strived to do our work in a very businesslike way in order to sustain our critical work. I think expanding our capacity, which is something that we’ve done every year for 30 years, enables us to be innovative and reach out to even more people every year, so it’s kind of a philosophy. In my opinion, there’s only two major differences between non-profit and for-profit business, and most people understand that non-profits are tax-exempt, but most people don’t understand why. The answer is it’s advantageous to our citizens and our government; if government had to provide the services that non-profits do, it might be difficult. The other difference is that non-profit boards generally don’t receive compensation, and as far as I’m concerned, those are the primary differences between the two. Both have to run to make a profit, the difference is ours is plowed into growing our capacity and serving more people, as opposed to shareholders.

3. DDN: What motivated you to get involved with this organization?

DC: I completed 30 years as president and CEO of the National Kidney Foundation of Michigan, and I’ve been on staff for about 42 years. I would say my motivation, very early on, I thought I would be an educator, administrator, or maybe a coach. I started at the National Kidney Foundation thinking it would be a temporary job. I started working with people on dialysis as part of my assignments, and I saw the tragedy that occurred around people’s kidneys failing, either needing a transplant or to go on dialysis. So I thought it would be a good way to spend my career, taking some of my business know-how to an organization to help ultimately prevent chronic kidney disease as long as we can.

4. DDN: What kind of impact have you seen before and after people have gone through some of the programs you provide?

DC: Let me start by saying, I’ve never been on dialysis or needed a transplant, so it’s hard to put myself in the experience of someone who has, but one individual who worked for our organization for many years had the last 30 years of his life sustained by either transplanted kidneys or dialysis. When he was on dialysis in his later final years, I asked what it was like, and he said it was like having the flu every day of his life. It’s not necessarily that way for everyone, but for a lot of people it is. So that’s really something that has stayed with me, and seeing the courage and drive of many people who have kidney failure is impressive to me; to be able to sustain themselves, and work, and try to live a decent life takes a lot of fortitude, and I really admire them. I think practically speaking, the average dialysis patient spends three hours per day, three days a week, attached to a dialysis machine, but that’s of course not all of it. They have to get there, they have to prep for treatment, they often have down-time before or after their treatments before they’re feeling reasonably good, so it’s a very demanding disease to have. In my long tenure at the National Kidney Foundation of Michigan, I’ve seen a lot of progress made. It used to be that the lucky ones made it to dialysis because cardiovascular disease used to take them first as a result of the kidney failure, so there’s been a lot of progress made. We made the decision in our organization over 15 years ago, to change the direction of how we’re going to attack chronic kidney disease, so we changed from a primary focus of providing services to those already in kidney failure to focusing on preventing it, and keeping people out of those dialysis chairs and reducing the number of people needing transplants. We emailed a significant survey to our constituents, many of whom were dialysis patients, and said the best thing the National Kidney Foundation of Michigan could do is prevent people from sitting in that chair. So along with the business case for moving up front to preventing kidney failure, we had the emotional support for doing it as well. To this day, it constitutes the majority of what we do, and we have programs for kids as young as preschool all the way up to senior citizens.

5. DDN: Is there anything about kidney disease people should know?

DC: It’s a huge public health problem, in Michigan alone there are about 900,000 people that have some form of chronic kidney disease. Most don’t know it of course, and we’ve made some progress, but there’s still lots to be done. Almost 70 percent of kidney failure is caused by diabetes and high blood pressure, and with lifestyle adjustments and medical support, many of these folks don’t need to go into kidney failure from these conditions, so in many cases we’re able to at least delay their need to go into dialysis by many years. Almost everyone knows someone with diabetes or high blood pressure, but they don’t know enough to take it as seriously as it can be, and without management it can lead to a lot of long-term problems.

Registration for the 21st annual Kidney Walk costs $25 per person, and begins at 7:30 a.m., with the walk beginning at 8:45 a.m. Registration information can also be found here.