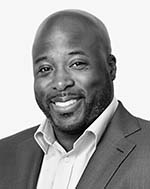 To boost productivity, Larry S. Brinker Jr., president of L.S. Brinker Co., a general contracting and construction management firm in Detroit, equipped his workers with tablets so they wouldn’t have to fiddle with paper drawings on job sites.

His efforts to make improvements in the business didn’t stop with his own company. As president of the Construction Association of Michigan, a trade group based in Bloomfield Hills, he’s on a mission to boost the  efficiency and increase the size of the state’s construction workforce the industry. “By the year 2020, three of four construction workers will retire,” he says. “During the recession many workers left the area, so we’re aggressively looking for ways to backfill that talent and the workforce.”

One idea is to partner with the state to create a program that would provide training for junior and senior high school students. Participants would learn skilled and professional construction trades that don’t require a college degree.

Brinker knows a lot about higher-level professional construction trades, having performed a variety of jobs since starting in 2003 at the firm his father, Larry Brinker Sr., founded. The younger Brinker was project engineer and eventually director of business development before being named president in 2014.

“I’ve held pretty much every position in the company,” he says, “which is a benefit to me now because I can relate better to the other employees.”

In addition to his volunteer position with the Construction Association of Michigan, Brinker is a board member of the Michigan Black Chamber of Commerce, the Greg K. Monroe Foundation, and the Wayne County Sheriff Youth and Senior Education Fund.

He’s also served as executive committee chair of the Boy Scouts of America Building Connections Networking Event, and is a former board member of Boys Hope Girls Hope of Detroit.
During the past 12 years, Brinker has been involved in many construction projects (collectively worth more than $600 million) and specializes in those that have complex logistics, like multiphased jobs and historic renovations.