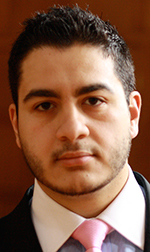 Dr. Abdul El-Sayed  has been named executive director of the Detroit Department of Health and Wellness Promotion. The appointment was made by Detroit Mayor Mike Duggan.

El-Sayed is a Rhodes Scholar and an internationally recognized expert in the social determinants of health, health disparities, preterm birth and infant mortality, and obesity. He has authored more than 50 peer-reviewed publications in journals including the American Journal of Public Health, Preventive Medicine, and Pediatrics.

El-Sayed will oversee the department and other health-related issues that fall under the auspices of city government. He also will work with various City of Detroit departments and community stakeholders to ensure a smooth transition of programs and public health services that are returning to direct City of Detroit control.

Before returning to Detroit, El-Sayed was a professor in the Department of Epidemiology at Columbia University, where he directed the Columbia University Systems Science Program and Global Research Analytics for Population Health.

El-Sayed earned an M.D. from Columbia University’s College of Physicians and Surgeons as a Soros Fellow, a doctorate in Public Health as a Rhodes Scholar, and his bachelor’s from the University of Michigan.