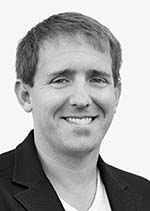 After Craig Guck graduated from the University of Michigan in 2005, his journey toward entrepreneurship was a tad circuitous. First he tried some commodity trading. “I put a deal together between Singapore and India,” he recalls, “but then I got cut out of it when it was time to get paid.”

Then there was the plan to set up a distributorship business — in Iraq, of all places. “It was during the war,” Guck says with a laugh. “I actually placed a deposit for our first order and I’ll never forget, we got a call from the FBI saying they were watching wires going into domestic banks and they recommended I shouldn’t be doing this.”

That’s when Guck’s father offered his son some sage advice, something along the lines of sticking to a formula that actually works. In 2011, Guck took his first big step in that direction, founding his own business, Plastic Development Group in Southfield.

The initial product line included watering cans, umbrella bases, flamingos, and an array of low-priced lawn and garden items that were sold to Home Depot, Menards, Target, Wal-Mart, and Sam’s Club, among others.Revenue for his first full year (2012) was around $400,000, primarily because Guck’s business was strictly seasonal. “You take orders and ship everything in the first and second quarters,” he explains, “and then the third and fourth are kind of lean and mean.”

By the end of 2013, revenue had improved exponentially, to around $4 million. But Guck knew that in order to take a true revenue leap, his business model had to change to include a year-round product line.

“One of my custom molders in Sturgis was producing folding banquet tables and chairs,” Guck says, “so we started producing tables and sold those to Dollar General — and that’s what kicked off what is now by far the core of our business, which is folding furniture. Then I approached Menards and got their whole assortment, so now we sell them all their folding plastic tables and chairs.”

Target soon followed, and the results were immediate. Revenue for 2014 increased by a factor of more than five, to $23 million, and Guck projects revenue this year will more than double that figure to perhaps as much as $50 million.