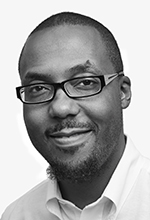 Cleamon Moorer Jr., the dean of the School of Business at Madonna University in Livonia, is proud to be celebrating what he calls his “20th anniversary of failure.”

After flunking out of GMI Engineering & Management Institute (now Kettering University) as a sophomore, and subsequently losing his coveted internship with General Motors, Moorer spent a year working at a shoe shop while retaking courses at Oakland Community College. It was during this time that he discovered his love for learning, information systems, and business.

“I think selling shoes versus being an intern at GM was a very humbling experience,” Moorer says. “That year was pivotal.”

Moorer, a native of Detroit, went back to GMI and graduated in 1996. Since then, he has obtained many more degrees and has worked as a global service executive for AT&T, as an independent business consultant, and as a professor at various universities in Michigan and greater Chicago.

“In terms of education, I felt that it was a calling — a calling, and a purpose to create a legacy,” Moorer says. “I always felt a sense of being dispensable in the corporate settings, but I really believed I could have an indelible impact on students.”

Paying homage to his beginnings, he also runs a nonprofit scholarship and grant foundation funded by the profits from his memoir, From Failure to Promise: 360 Degrees, which follows his early challenges and the sometimes-rocky road to his current position as dean.