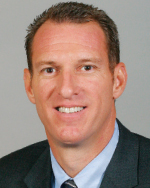 DB: What are your impressions of the show?

JS: They do a nice job. I’ve been coming here the last 10 or 15 years. It’s a decent show. They have a nice unveiling of product, and a decent turnout of journalists, but there aren’t a lot of international journalists.

JS: One of the disadvantages is the show is broken into many rooms, and going from one hall to the next can be cumbersome. They also don’t do a good job of protecting the exhibits, meaning sometimes you have to walk through one exhibit to get to another.

DB: Any ideas you can take away for the Detroit show?

JS: There are no great takeaways, although the name tags around your neck had two swivels, which makes the tag stay more level. I thought that added merit, and we’ll look into it.

JS: We’ll have 40 to 50 unveilings, and we’ve brought it to another level with more worldwide unveilings, considering we’ll have five Chinese manufacturers. We’ve also beefed up Charity Night. There will be more entertainment and more celebrities, but we’re still finalizing all of the details. It’ll be impressive.

JS: We’re in favor of any plan that provides more room, but we’ve got to gain some traction there and get all the parties in one room and get it done. It hasn’t progressed as far as we’d like, but we’ll look to address that shortly.