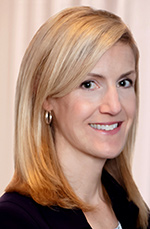 Baxter, of West Bloomfield, will develop and help implement business strategies to support the firm’s continued expansion in the region. She will be based in the firm’s Southfield office and will work with attorneys and executive directors in both Southfield and Macomb County, coordinating with practice groups and industry teams to further the growing footprint of Warner Norcross in the region.

Baxter brings 25 years of leadership, business development, and commercial trade experience to her new role including positions at the Original Equipment Suppliers Association, the Canadian Consulate General, and the Detroit Economic Growth Corp. She spent 15 years in positions of increasing responsibility with Original Equipment Suppliers Association, a trade group that represents automotive suppliers. Most recently, she served as senior vice president of operations and international affairs, a key position on the senior management team.

Active professionally and in the community, Baxter is a member of Inforum and AutomotiveNext. She is a graduate of Leadership Detroit and the 2013 recipient of the Women’s Leadership Award by Vista Maria.

Baxter holds a bachelor’s in political science and French from the University of Wisconsin-Madison and a master’s in modern French history and art history from Middlebury College in Middlebury, Vt.