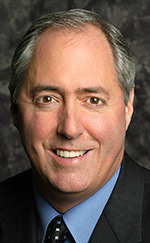 Fikany’s involvement in Detroit extends far beyond the workplace. He remains a board member of a number of philanthropic and business-focused organizations, including the Detroit Economic Club, Detroit Regional Chamber, Detroit Boys and Girls Club, Focus Hope, The Parade Company and others.

Fikany earned his bachelor’s in business and communications from Central Michigan University.