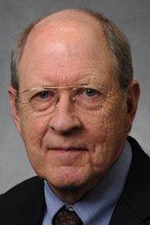 “Bill MacQueen has brought a wealth of experience and expertise to his duties as interim chief human resources officer and will continue to prove an outstanding asset to our organization,” Meyer said.

Prior to joining Macomb Community College, MacQueen was a labor attorney in Wayne County’s Office of the Corporation Counsel, a partner in the law firm Shapiro and MacQueen, and an associate in the law firm of Colombo, Vermuelen & Colombo.

He is a member of the State Bar of Michigan, the Alternative Dispute Resolution and Labor & Employment Law Sections of the Michigan State Bar, the Oakland County Bar Association and the southeast Michigan chapter of the Association for Conflict Resolution.