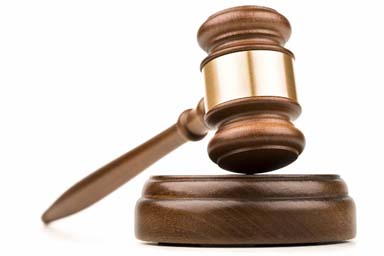 With the sound of a judge’s gavel in Detroit last September, the criminal empire of Demetrius and Terry Flenory officially came to an end.

Though each would eventually adopt Atlanta and Los Angeles as their respective hometowns, it was in the streets of southwest Detroit where the brothers Flenory, known in hip hop circles as “Big Meech” and “Southwest T,” began a cocaine trafficking ring in the early 1990’s. Dubbing themselves the Black Mafia Family (BMF), the Flenory’s presided over numerous co-conspirators from the Detroit area and beyond to launder some $270 million in seven states while developing ties with Mexican drug cartels.

Using vehicles equipped with hidden compartments to conceal and transport cocaine and cash, the BMF enjoyed years of flaunting extravagant lifestyles — going as far as forming their own rap record label “BMF Entertainment” — in a brazen attempt to maintain the façade of a legitimate business before unsealed federal grand jury indictments in Detroit charged the Flenory’s and 65 others with felonies ranging from money laundering, conspiracy, and intent to deliver narcotics.

“Detroit has challenges with organized crime,” says Terrence Berg, U.S. Attorney in charge of the Eastern District of Michigan. Illegal gambling, loan sharking, narcotics trafficking, extortion, and the infiltration of otherwise legitimate businesses for the purposes of criminal exploitation all contribute to a long established local underworld.

According to Berg, “it’s almost impossible to put an exact figure (on the cost of local organized crime).” Ironically enough, some who unfortunately find themselves caught in local organized crime’s web don’t initially even realize it. John Engstrom, Assistant U.S. Attorney and head of the Eastern District of Michigan’s organized crime strike force, says many times those targeted “have no idea they’re being victimized.” Worse yet, some even inadvertently find themselves unwittingly aiding the criminal activity, according to Engstrom.

Examples of such naivety can include an individual not fully understanding the intricacies of a loan shark’s interest rates or being coerced into a business arrangement with undesirable partners.

While each group has its own calling card, all are similar in that law enforcement classifies them under the provisions set forth in the Organized Crime Control Act of 1970. Typical investigations into organized crime that include surveillance, using wiretap recording devices, and turning informants sometimes take years. Listening in on and transcribing wiretap conversations for prosecutorial discovery can include thousands of hours of work alone.

Scenarios that played out involving successful Detroit LCN prosecutions in recent years proved just that. Referred throughout law enforcement as “The Partnership,” Detroit LCN members successfully walked a fine line between living ostentatious suburban lives and shunning publicity until the group’s leadership was tried and ultimately convicted on multiple racketeering counts. Investigated for a number of years, it was a federal operation code-named “Gamtax” that made such a feat possible.

Over five years passed before “Gamtax” eventually yielded arrests in 1996, followed by successful prosecutions of the group’s leaders earlier this decade. Considered one of the most major mob prosecutions in the Department of Justice’s history, “Gamtax” achieved a certain level of notoriety, when as a condition of a plea agreement, one Detroit LCN member revealed the existence of the organization in open court.

Though somewhat decimated on the surface by “Gamtax,” the Detroit LCN, which by and large is a tightly woven group bound by familial blood, proved it’s still a force locally over two years ago when federal agents busted a multi-million dollar sports bookmaking operation spearheaded by reputed members and associates.

Still believed to be largely involved in controlling illegal gambling activity throughout the metropolitan Detroit area, the LCN should in no way be considered finished. Illegal gambling is a “huge source of income” for the LCN, according to recently retired federal prosecutor Keith Corbett. Having spent the better part of a 24-year career investigating and prosecuting Detroit LCN members, Corbett can best put into perspective the amounts of money that trade hands locally in sports gambling operations from years of listening in on wiretap conversations.

Hearing doctors, lawyers, and other “prominent people” on wiretaps over the years placing high-end wagers, Corbett says he “once heard a guy bet $1 million in one weekend.” Whether the Detroit LCN continues on with their proven gambling moneymaking operations or enters more technological aspects of organized crime remains unseen.

“These guys can do it (run illegal gambling) in their sleep,” he says.