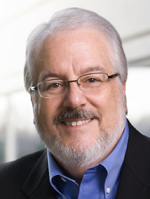 Under King’s leadership, Harley Ellis Devereaux grew from a single local office in Southfield to a nationally recognized industry leader with five offices across three states.

“Leaving HED is certainly bittersweet,” said King, who began his tenure with the firm in 1979. “And although I am retiring from the firm, I am not retiring in the traditional sense of the word.  I intend to spend many more years helping the local design, construction and development industry to thrive here in Michigan.”

Through DMKING Consulting LLC, King — whose professional achievements include Fellowship in the American Institute of Architects, Fellowship in the Engineering Society of Detroit, LEED AP accreditation and architecture licenses in 23 states — will offer his extensive business knowledge and A/E industry experience to established companies, growing organizations and entrepreneurs.  King is especially interested in playing an active role in the revitalization of Detroit.

“I was raised in Detroit, attended school there and spent the early part of my career there,” said King.  “I remember what the city once was, and I have a passion and vision for what it could still yet become.  I want very much to have a voice and a function in its physical revitalization.”