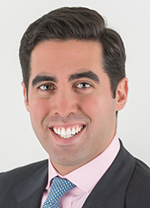 Daniel J. Kaufman has been promoted to senior vice president at H.W. Kaufman Financial Group and appointed to its board of directors.

Kaufman represents the third generation of Kaufman family leadership, following his late grandfather, Herbert W. Kaufman, who founded the company in 1969 and his father, Alan Jay Kaufman, who currently serves as chairman, president and CEO.

Daniel Kaufman currently oversees operations at the Burns & Wilcox Chicago office. As senior vice president, H.W. Kaufman Financial Group and Burns & Wilcox,  Kaufman’s responsibilities include working closely with the organization’s corporate headquarters in Detroit as well as other Midwestern offices. In addition, he will be active in the company’s London operations. As the newest member of the Board, Mr. Kaufman will assume a greater role across the company’s global offices.

He is a member of the State Bar of Michigan and currently serves on several corporate, civic and advisory boards including those of the City of Hope National Insurance Industry Council, Midwest Insurance Industry Charitable Foundation, National Underwriter Magazine, Association of Lloyd’s Brokers, Metro Chicago Hillel and the Kaufman Family Foundation.

Kaufman earned his Bachelor of Arts  from the University of Michigan and hi juris doctor from Loyola University, Chicago.