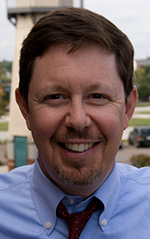 John Ziraldo and Kari Alterman have been named as senior program officers for the William Davidson Foundation in Troy.

Ziraldo will serve as the foundation’s senior program officer for Southeast Michigan, where he will lead efforts to contribute to Metro Detroit’s economic and cultural vitality. Most recently, he was the president of Commonwealth Consulting and previously served for nearly a decade as the chief executive of Lighthouse of Oakland County, a human service agency. Zirald was also the director of programs at the Guidance Center, and served as founding executive director at the Thompson-McCully Foundation. Additionally, he spent more than a decade as a program officer at The Skillman Foundation. Ziraldo, of Detroit, has served on the boards of the United Way for Southeastern Michigan, New Detroit and the Metropolitan Children’s Museum of Detroit.

Ziraldo holds bachelor’s from Sacred Heart Seminary College in Detroit and a master’s of public administration from the University of Michigan.

Alterman will serve as the senior program officer responsible for leading the foundation’s engagements and grant making in the Jewish community regionally and nationally.  Previously, Alterman served as the Detroit Regional Director for the American Jewish Committee, where she has initiated and stewarded a variety of efforts aimed at strengthening interfaith relations in Michigan, with a particular focus on the Muslim American community. For Alterman’s innovation and commitment during her tenure, the AJC Detroit office was twice given the Szabad Excellence Award, AJC’s top award for regional offices.

Before that, Alterman worked more than 10 years working with the Jewish Federation of Metropolitan Detroit, where she focused on engaging and supporting the region’s next generation of community leaders. She is a board member of both Congregation Shaarey Zedek and the Detroit Jewish News Foundation, as well as an active parent volunteer at Hillel Day School.

Alterman, of Franklin, earned a Bachelor’s of Arts in history and her master’s in social work at the University of Michigan.