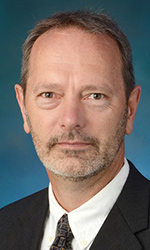 Comcast has promoted Rob Austin to vice president of network maintenance and Metro E operations for the company’s Heartland region which includes Michigan, Indiana, and Kentucky. He is based in the region’s headquarters in Plymouth.

Austin joined Comcast as director of engineering. In this position which he held until his recent promotion, Austin guided the day-to-day engineering operations and new product launches including telephony, video on demand, and digital video service migrations. Previously, he held similar positions at Media One and Continental Cablevision. Austin began his career as a technician.

Austin, of Marion Township,  holds a broadband communications certification with the Society of Cable Telecommunications Engineers.