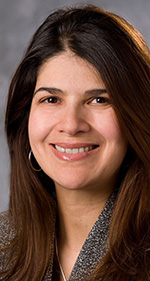 Rosanna Morris has been named president of Beaumont Hospital in Royal Oak, where she will oversee entire operations of the hospital.

Morris previously worked at Nebraska Medicine, a medical center in Omaha, Neb., where she served in executive positions for eight years, most recently as the center’s interim CEO.

At Nebraska Medicine, Morris also led facility planning, expansion, and renovation projects; arranged partnerships within the center; and served on committees. She began her health care career as a staff nurse at Stanford University in California