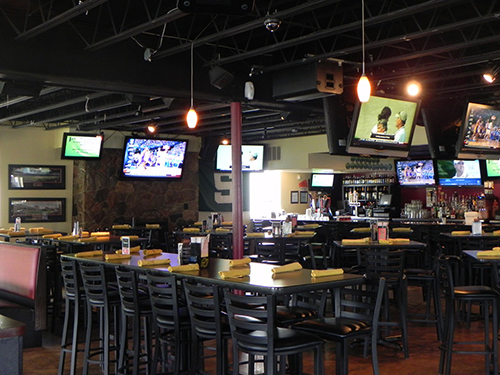 One Under Craft Beer and Eats in Livonia is nearing completion of a major renovation and will launch a new menu and expanded craft beer selection next week.

Established in 2007 by brothers Brian, Steven, and Jason Tomina in 2007, the newly renovated space will offer 70 beers on tap, up from 30 beers. Highlights of the makeover include more bar seating, new flat screen TVs, and swapping out the current bar countertop with a granite replacement.

“The subcontractors have been working super early in the morning or super late at night,” says Brian Tomina. “We had a three-week window where we could only work on for four or five hours each day, but we have to open each day for lunch by noon since we’re located beside the (Idle Wyle) golf course.”

As far as the menu goes, Brian won’t give away too many details, but he says, “it involves cooking with a lot of the beers that we have.” This includes using a Citra Pale Ale in the fish and chips recipe, he says.

To prepare for the upcoming changes, Brian says his staff has been attending on-site beer classes over the past few months. The expanded beers on tap are about 75 percent Michigan-based brands, such as Founders, Short’s, and Atwater.

The renovations are the first major upgrades the building has undergone since 2012, when the business renovated its full-service banquet center, located above the bar (hence the name “One Under”).

One Under, at 35780 Five Mile Rd., can seat 180 inside and 80 on a patio. It will host a reopening celebration that will include a ribbon cutting ceremony as well as craft beer and appetizer samples, from 6 to 8 p.m. July 23.