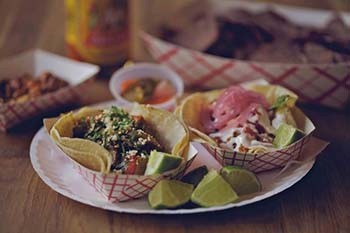 Calexico, a restaurant chain offering burritos, tacos, and craft cocktails, will open its first restaurant outside of New York in the One Campus Martius building along Woodward Avenue in downtown Detroit this summer.

The 4,000-square-foot restaurant, to be located at 1040 Woodward Ave. in the former site of Olga’s Kitchen (southeast corner of Woodward and Gratiot), will offer a menu that combines Mexican and Southern barbeque flavors. Options include a variety of salads, burritos, quesadillas, and tacos such as Chipotle pork tacos, carne asada burritos, and mushroom quesadillas, along with beer-battered fish and chicken wings.

“We know the delicious food, craft cocktails, and festive atmosphere will make Calexico a dining destination and favorite hangout spot for the tens of thousands of workers, residents, and visitors downtown,” says Randy Dickow, franchise owner.

Chef Derrick Rassam, a graduate of Le Cordon Bleu and the Art Institute of Michigan, will serve as executive chef. Rassam previously opened and developed the menu at Mad Hatter Bistro & Tea Room in Birmingham. There will be new menu options only available in Detroit.

The 130-seat restaurant will be open daily offering lunch, dinner, and brunch on weekends. Dickow says John Janviriya, a nationally-known architect, will design the interior of the restaurant. 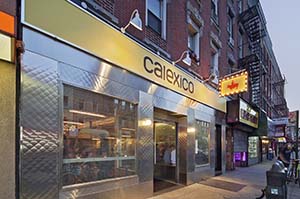 â€‹Calexico is the fourth downtown Detroit restaurant venture for Dickow. He also owns Freshii in the 1001 Woodward Building, Lunchtime Global in the First National Building, and Sweet Lorraine’s Mac n’ Cheez! in the Renaissance Center.

The Calexico restaurant chain was founded in 2006 as a food cart. The chain now includes three food carts and four restaurants across Manhattan and Brooklyn.

“Detroit is known across the country as one of America’s hot food cities, and we look forward to adding to that already impressive reputation by bringing our California-Mexican fusion cuisine to the central business district,” says David Vendley, a founder of Calexico.

Construction on the restaurant begins next month.